Suominen as a company

Suominen manufactures nonwovens as roll goods for wipes and other applications. The end products made of Suominen’s nonwovens, such as wet wipes, feminine care products and swabs, are present in people’s daily life worldwide.

Our vision is to be the frontrunner for nonwovens innovation and sustainability. Suominen’s net sales in 2019 were EUR 411.4 million and we have nearly 700 professionals working in Europe and in the Americas. Suominen’s shares are listed on Nasdaq Helsinki. 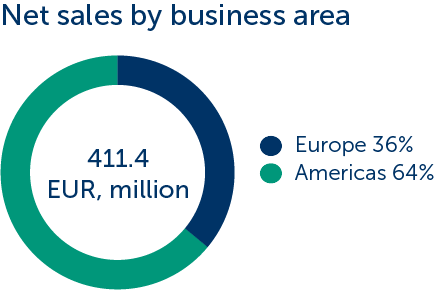 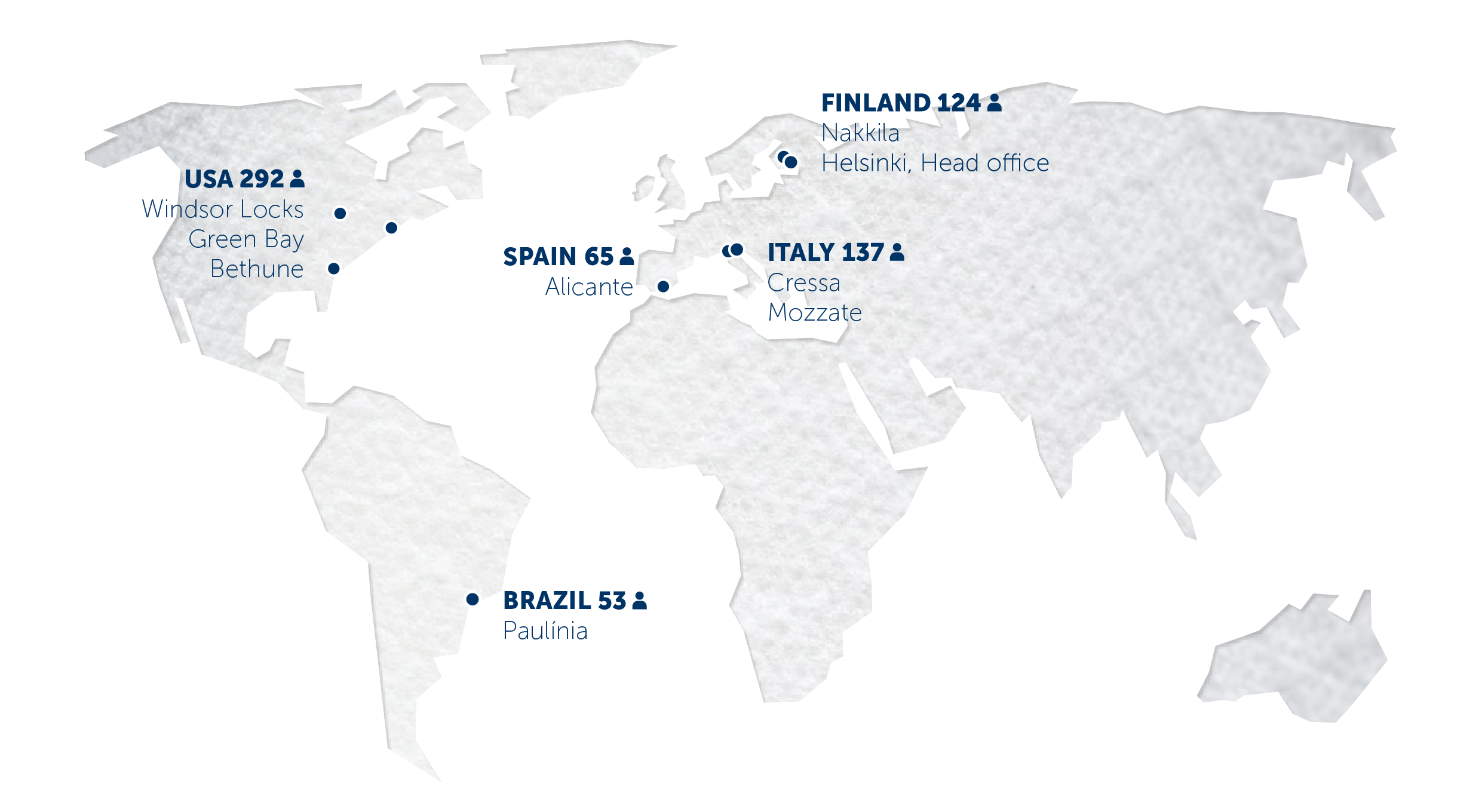 Suominen is a nonwovens manufacturer operating in global markets. Suominen creates value by taking fiber raw materials and turning them into nonwovens that our customers convert into both consumer and professional end products. 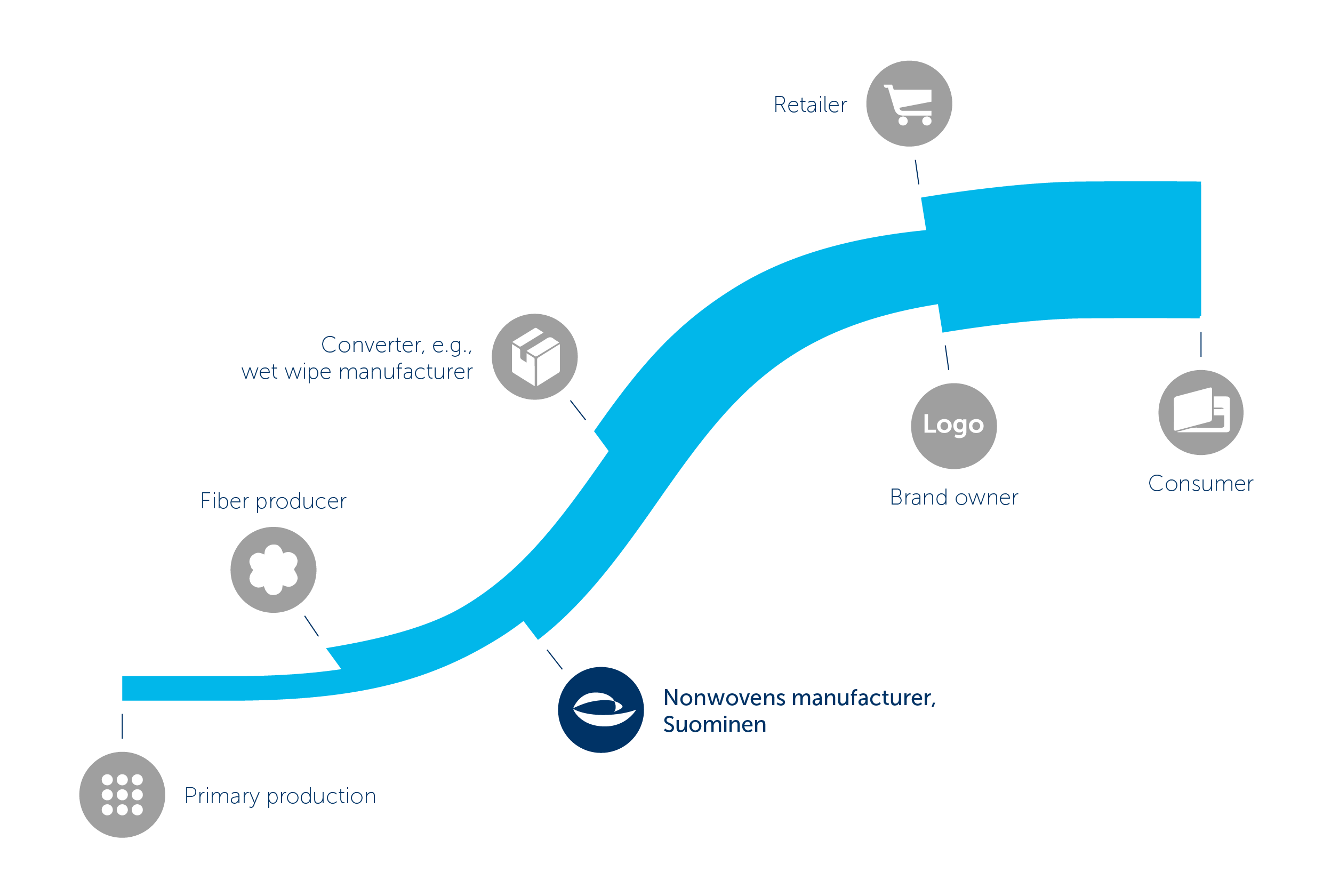 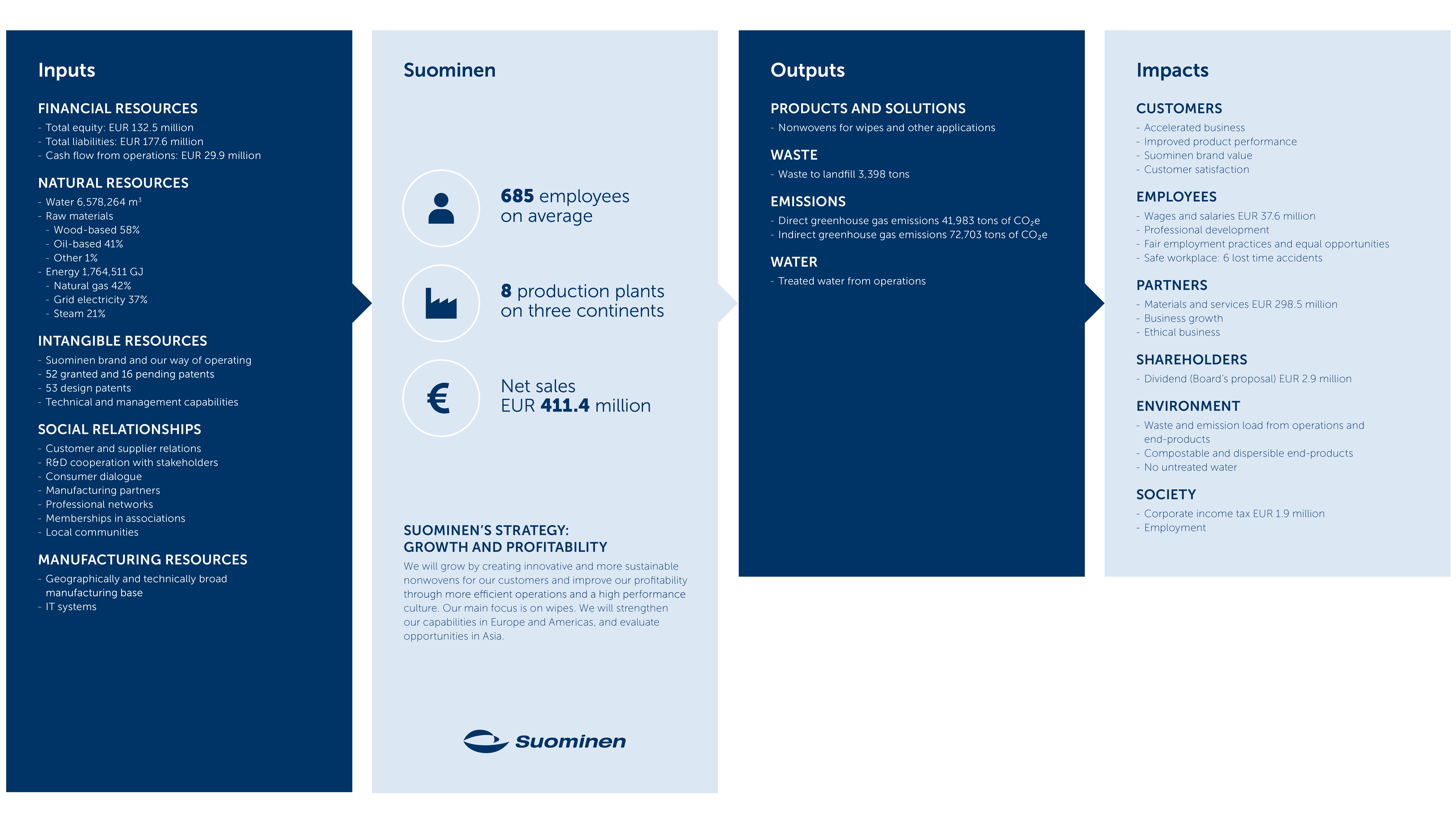 How does the Model work?

Suominen’s value creation model depicts our whole value creation process: the resources we utilize in executing our strategy, the outputs and, ultimately, the impacts of our business activities.

The value creation model is basically our business model in a nutshell which means that only the most essential matters are listed. Still, not all matters described bear equal importance, nor is their respective relevance presented in the model. That’s why the model should be reviewed primarily as a whole.

In the value creation model inputs are what we utilize in our business activities. The Suominen section describes Suominen’s business and operations briefly.

In general, nonwoven fabrics are broadly defined as sheet or web structures bonded together by entangling fiber or filaments (and by perforating films) mechanically, thermally, or chemically. They are flat, porous sheets that are made directly from separate fibers or from molten plastic or plastic film. They are not made by weaving or knitting and do not require converting the fibers to yarn.

Nonwovens may be limited-life, single-use or very durable fabrics. Nonwoven fabrics provide specific functions such as

These properties are often combined to create fabrics suited for specific jobs while achieving a good balance between product use-life and cost. They can mimic the appearance, texture and strength of a woven fabric, and can be as bulky as the thickest paddings.

Members of the Board of Directors of Suominen

Members of the Executive Team

Our history – built by entrepreneurs

Seth Dexter II founds C.H.Dexter & Sons in Windsor Locks, CT, USA. The company was later known as Dexter Corporation.  The plant has been part of Suominen since 2011.

J.W.Suominen Ltd was founded in Nakkila, Finland as a leather treatment factory.

Orlandi was founded. The first plant of the company was built in Gallarate, Italy.

Tecnofibra/Fiberweb was founded in Italy.

Suominen Flexibles doubles the capacity of its Polish plant.

The production at the Norrköping plant of Suominen Flexibles is terminated.

Suominen’s domicile and head office transfer from Tampere to Helsinki.

The implementation of the new strategy continues through two development programs, one concentrating on integrating and standardizing supply chain processes and another aiming at accelerating product development process.

Suominen acquires Ahlstrom's Brazilian unit that had formerly been part of Ahlstrom’s Home and Personal business area. The acquired plant is located in Paulínia, Brazil. It is the only nonwovens plant utilizing modern spunlace technology in manufacturing wiping products in the country, and the plant is technically capable to supply also industrial nonwovens. Paulínia plant is built in 2008 and employs approximately 40 persons. The deal provides Suominen a foothold in the growing South American markets.

Suominen acquires the entire Home and Personal business area of Ahlstrom in November 2011, but the transfer of the Brazilian unit of the acquired business is prolonged due to delay in receiving approval from the authorities and consequent renegotiations.

Suominen divestes in July 2014 its Flexibles business area (Suominen Joustopakkaukset Oy and its subsidiaries as well as Suominen Polska Sp. z.o.o) to a UK-based private equity firm Lonsdale Capital Partners LLP and the MBI team, consisting of the management of the business.